If you are using a screen reader and are having problems using this website, please call (323) 513-6222 for assistance. 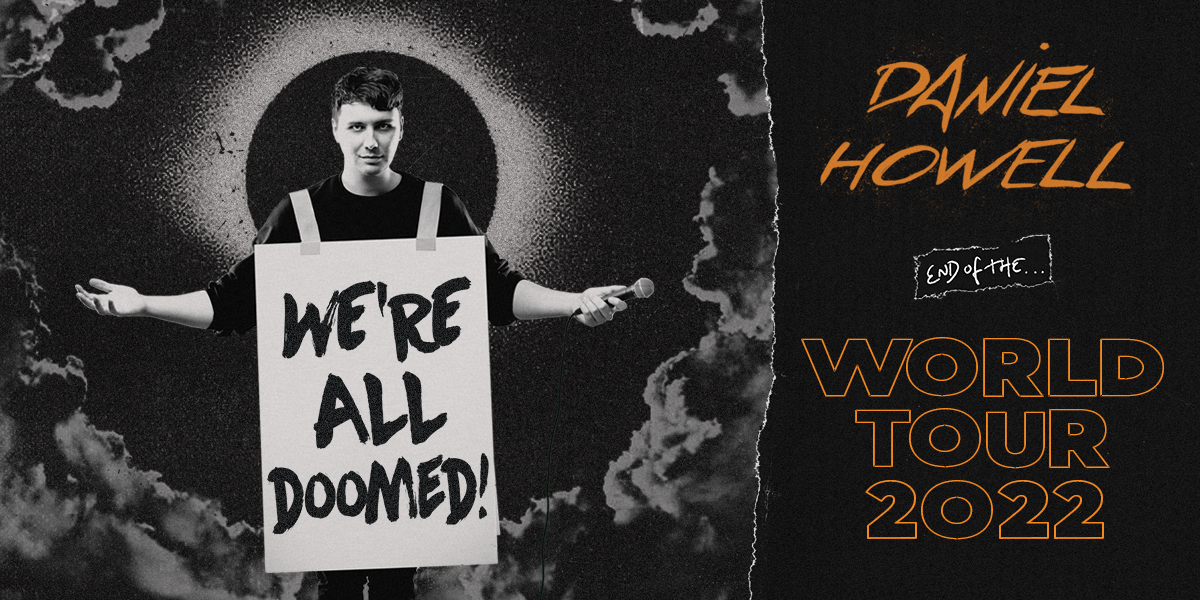 Daniel Howell is back, as stressed and depressingly dressed as ever, with his epic new solo comedy stage show "We're All Doomed!".

When there's so many apocalyptic scenarios threatening to destroy us, it might be tempting to give into the gloom - but with enough sarcasm, satire, and a desire to skewer everything that’s wrong with society: Dan is determined to find some hope for humanity ..or at least laugh like it's the end of the world (because it probably is).

Prepare for a night of savage self-deprecation, soul-searching, Dan over-sharing his deepest fears and desires, and become part of a community of doomers to share the final days.

Daniel Howell is one of the world's most successful, stressed and depressed entertainers. Known for his savagely self-deprecating and sarcastic humour, Dan fairly skewers everything that's wrong with the world as much as he does himself. From bestselling books, an award-winning show on BBC Radio 1, and billions of views on his celebrated online content - to sellout world tours performing high-concept comedy to over 500,000 people in 18 countries, Dan’s dedicated audience relate to his outlook on life and follow anywhere he goes.

While making jokes at his own expense, Dan has shared serious struggles with his sexuality and mental health, that have culminated in his recent special ‘Gay and Not Proud' and #1 Bestselling book 'You Will Get Through This Night' - a no nonsense guide to looking after your sanity - as well as being a proud ambassador for Stonewall and Young Minds.

His epic new solo comedy stage show "We're All Doomed!" is here to demand we honestly accept the fate of humanity with all the apocalypses threatening to consume us - and if we can't find a reason to feel hopeful for the future, at least laugh like it's the end of the world ..because it probably is. Touring the world (while it’s still here) in 2022, Dan will return to iconic venues such as the London Palladium, NYC’s Kings Theatre and The Ace in Los Angeles, as well as dates across Australia and Europe. Tickets are available on May 13th at 10am LOCAL at: danielhowell.com